And, perhaps, the most important change — transition to pipes from an aluminum alloy with high corrosion stability, already in a base variant!
The prices of catamarans from the first party remain without changes!
Sailing inflatable catamarans Ducky
www.ducky.com.ua
Top

Re: New generation of Ducky19

On a regatta of “Cherkasy Cup 2014″ the catamaran of Ducky19 of new generation, in the racing version (r) was floated and tested. As expected, Ducky19 became much more comfortable and load-lifting, at the expense of increase in the general dimensions and diameter of floats. Calculated weight of a new catamaran coincided with real and made 115 kg in a basic complete set that is heavier than the previous version on 10 kg, and 130 kg in a racing complete set. Running characteristics, in comparison with the predecessor, improved, including, due to change of geometry of a catamaran and its best balance. Ducky19r presented on a regatta, won a sure victory in the class “Formula 16″. Also, it appeared the fastest, among catamarans of all declared classes, and was deservedly noted as the fastest catamaran of a regatta!

Tests took place successfully and confirmed all expectations. Pleasant addition, for those who will decide to get Ducky19 until the end of May, there will be an old price. 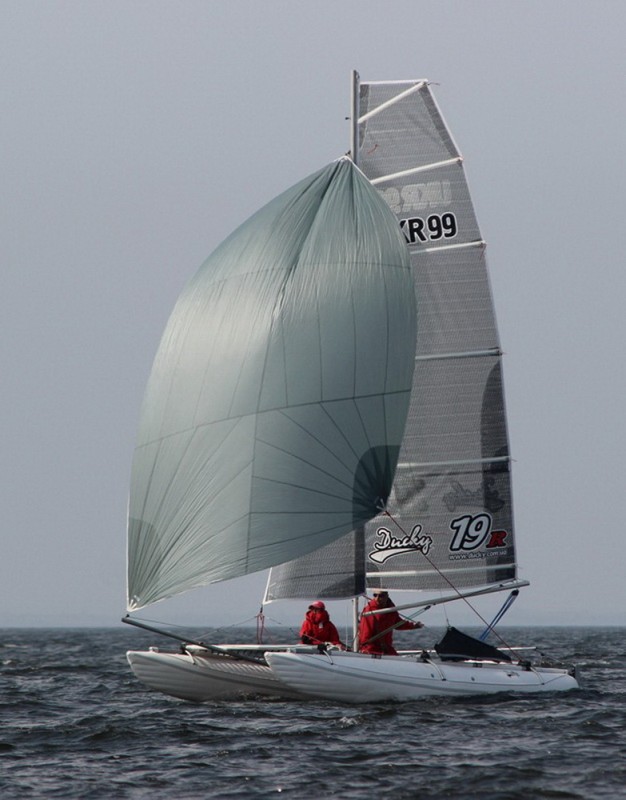 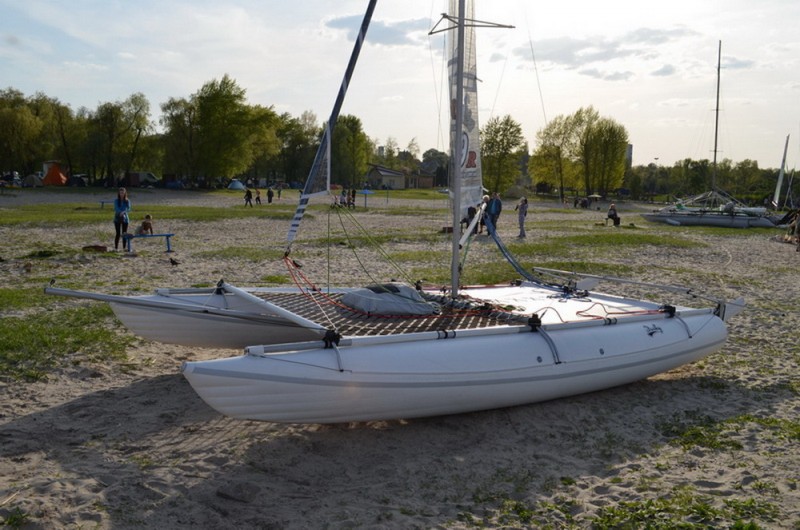 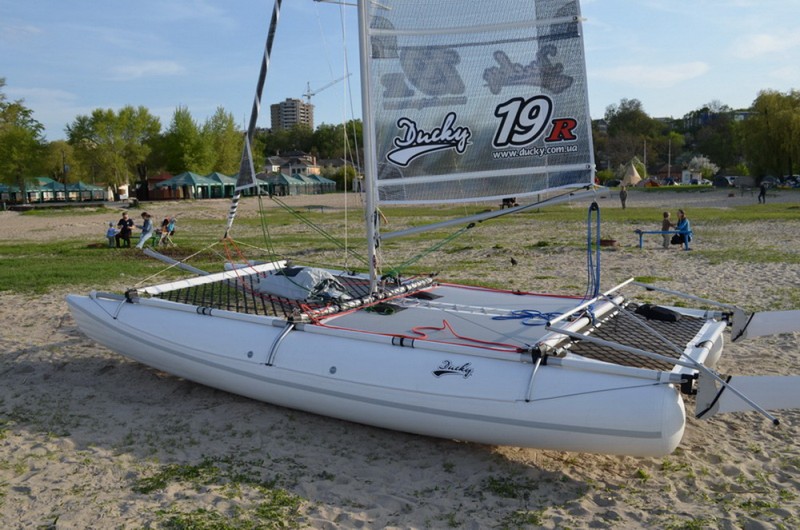